If you are a student of philosophy and ethics then you are very aware of the words like violence and brutality. Because you came across such words in your studies hundreds of times throughout your life and it’s normal for you to hear such words. The tragedy of any society can easily be pointed out by simply following the links and patterns of inhumane acts herein. The brutal incident that happened with Noor Muqaddam in Islamabad is such a level of brutality that you can’t even think about such viciousness.

The details of the tragedy of our society can easily be understood here. First, you know very well that Noor Muqaddam doesn’t belong to an ordinary family of the country that their family can’t take revenge or they are helpless or in poverty but she was the daughter of Pakistan’s ex-ambassador who served in two different nations for Pakistan. Secondly, this case didn’t happen in the far-flung area of the country where the police and other administrations need time to save the victim, but close to the red zone of Islamabad the federal capital of the country in sector F-7.

What happened in the Noor Muqaddam case is that the culprit Zahir Jaffer who himself is a business tycoon called Noor Muqaddam to his house in F-7 Islamabad and tortured undresses her beats her and brutally murdered her in presence of the guard though outside the room.  The guards called Zahir’s parents instead of calling the police. His parents called a mental doctor (Psychiatrist) to reach the house as they knew that Zahir did again such an incident like before.

Zahir open fire at the mental health workers and finally, the police reached the crime scene where it’s horrible for the police themselves as the body and head are separated in the room. There are probably more shocking scenes of the Noor Muqaddam case, which is not being disclosed by the police.

Such an incident happened in broad daylight. The tragedy of our society lies in this line where brutality happens in broad daylight without anyone’s fear. The reason behind such incidents is that relationships deteriorate and the girls want to leave such toxic relationships. The details are not being publicized yet but I believe that the main reason is that the girl was reluctant and rejects any proposal of the guy. It’s the very prime reason that when a woman rejects a man in a patriarchal society then she hurts the feeling or ego of the man and he has the right to do whatever he wants to.

How hypocritical our society is that when the “women’s day” march happened throughout the country where females questioned the inequalities with them in our society. But in this case, there isn’t any single protest being organized to support and stand for the rights of women.  Secondly, those who argued that why she went to his house alone without letting her parents know. It’s I believe unpredictable for her to face such brutality and also it’s her choice to go anywhere.

There are countless examples of such cases in our society where girls are forced to live with men in a toxic relationship and women and men both have fear of being divorced especially women. It’s very easy for men to have second marriage but for women, when she got divorced it’s the societal problem that she can’t go outside her house as the public especially her close ones question her existence as a divorced woman. I don’t know how they nurtured this belief in society.

Our idea of being a country where the divorce ratio is very low as compared to the western countries is a curse in the very first place. Because if you are not mutually live a happy life then it’s unnecessary to make your life a living hell. You should get a divorce as “divorce is the most hated thing of all the lawful decisions”. You both tried your best to be live in a happy relationship but if not working then divorce is the last resort.

The solution most people proposed is indirectly is that women shouldn’t leave their houses. It means that there are demons and monsters in the streets where women are their prey. So, it’s an illogical proposal by those who know very well the conditions of women inside their houses as well. The number of sexual crimes that happened by a close relative around 70% is the statistics.

It’s the honour culture that nurtured in-depth to the society that we mostly think and believe that women are your slaves and obedient and you are their masters. She is bound to follow your instructions obey your decisions whether it’s against her without taking into the consensus of the women because she is your slave. It’s very fair for our men to have extramarital affairs but if your wife speaks a few words with a stranger then you will directly receive the license to kill her and beheaded her. It’s just a google click away to find the statistics and details of cases like Noor Muqaddam.

The male ego in our society is the prime reason for such incidents like happened with Noor Muqaddam in Islamabad. there are hundreds of cases when a girl rejects a men’s proposal, he gunned her down in the broad daylight or attacked her with acid. Murders and rape of women mostly happened when the man decided himself which woman is good and which is bad. It’s not in the authority of men or society to judge anyone by their attire or anything to label them good and bad it’s the choice of Allah.

My final few words about the tragedy of our society revolved around the solution of such cases would be that we need to reverse the honour culture where you have only men prominent in the society, believing women to be their slaves. It needs to be revered. Your female ratio is higher than men in our country. By letting not them come to the forefront you are actually not using the potential of the more but you put an extra burden on the less that will be men obviously. 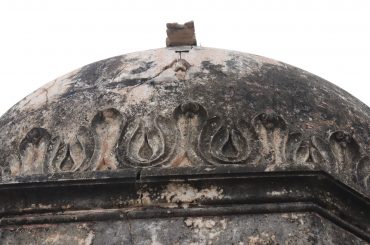