Mountains are one of the key elements belonging to any country which helps the state and mother nature directly or indirectly. It helps to cover water shortages in the form of glaciers and the topography helps the state to resist earthquakes and economic flows as well. Here I will try to cover the questions in detail about the peaks.

Highest Mountains in the World (13)

The Highest Peaks in the world are below with heights and regions where they are located on the earth.

These are the highest peaks throughout the World which are 8000m and higher above sea level. But below I will discuss the five 8000m peaks of Pakistan.

What are the 5 major mountains?

How many high mountains are there in Pakistan?

There are hundreds of peaks based in Pakistan. It’s not feasible to mention all those. There are 100+ mountains in Pakistan that are above 7000m high and the number is quite more if we count 7000m and below. There is a fewer record of those peaks which are below 4000m and around.

How Many Peaks Above 8,000 meters in Pakistan?

There are fourteen Peaks that are above 8000m in elevation. Pakistan is home to five out of the fourteen 8000m peaks and four of these five 8000m peaks are in the surroundings of K2 and Concordia Glacier.

As discussed, earlier Pakistan has hundreds of mountains that have enough elevation to be listed in some category. But the most heated and discussed mountain of Pakistan is K2, the second-highest in the world and the first in Pakistan.

Which Mountain Range is situated in the Northern Area?

Types Of Mountains in Pakistan

The mountains of Pakistan are mostly snow-covered in the northern areas of Pakistan but the peaks which are in the southern part of the country are dry in nature. The topography of the northern mountains has very harsh temperatures and difficult terrain.

Mountains Between Pakistan and Afghanistan

The Hindu Kush range sprang over Pakistan, Afghanistan and Central Asia and some parts of Iran as well. So, the western mountains of Pakistan mountains fall in the Hindukush range lies between Pakistan and Afghanistan.

Advantages Of Mountains Of Pakistan

Mountains are very important in different aspects. The following are a few positive elements about peaks.

The peaks discussed above are quite an unexplored area in Pakistan in the sense of creating more opportunities. There is a need for awareness among the locals as well as the concerned departments to facilitate the tourists who help to create your positive or negative image depending on your facilities and behaviour.

Islamabad: The Story From Planned To Artless Capital

10 Reasons Why you Should Visit Gilgit Baltistan Once? 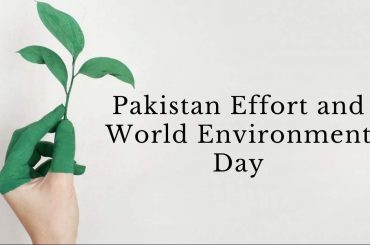