Learning at any institution for the degree is not much important because of the modern changing world.

Harvard University is one of the five best universities globally, with 16,000 teachers at the university, of whom 28,000 are full professors. The number of students is 36,000. The university’s 160 scientists and professors have won the Nobel Prize. 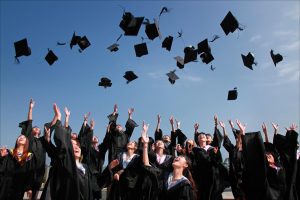 Harvard University claims that the world has not produced as much as we have given the world to this day. This claim is not wrong because 90% of the world’s scientists, professors, management gurus, and billionaires are students at Harvard University in one part or another. This university has been instrumental in the success of such successful people in every era.

There is a Harvard University magazine named

That is, five years later, it will be just a piece of paper. You can estimate the age and expiry date of degrees from other universities. You will surely be a degree holder. You just think for a few moments and answer. When was the last time you saw your degree?  I’m sure you won’t even remember where your degree lay at this time.

What is Harvard University saying? If you have a university degree, you will not get a job based on that degree five years later. You can also guess the knowledge. That is, we will have no value at this time. Only two and a half years later, there will be such momentous and exponential growth of knowledge in trillions of bytes in the modern world.

It’s an excellent point that your degree cannot and should not be considered for your job eligibility after some years because the sum of knowledge at your degree time will dramatically change within a course of time.

So now the question is if this status of knowledge is if the degree of the world’s largest university becomes useless five years later, So why are we running after degrees? Isn’t that stupid??

Yes! This is nonsense. So the question is, what should we do now? Remember that in today’s world, two things are essential to man

You choose any one department and then dedicate your whole life to learn it. Your experience will be more valuable than 10 degrees after learning more skills and gaining more knowledge.

Secondly, you keep updating and upgrading yourself constantly. You must take a new course related to your field at least once a year.

This course will enhance your knowledge. For example, if you are also a welder, you must take a new welding course year after year. Because years later, welding technology must have gone too far. And if you are a doctor, a professor, an engineer, an MBA, or a journalist. Even so, owning one is still beyond the reach of the average person. Otherwise, your department will go far beyond you. 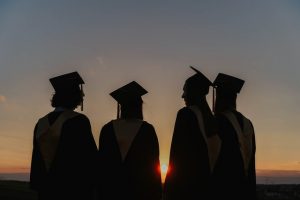 So, for a lifetime, tie up your play to get the experience and increase your knowledge. But you also remember that knowledge is knowledge if you keep refreshing it. If you don’t restore it, it will smell like dirty water.

Eleven versions of the iPhone have arrived in the world in ten years, but you want to work with your old knowledge today. How is this possible? So do your knowledge update every year before you update your iPhone. This upgrade will take you far beyond others in your field each year.

Islamabad: The Story From Planned To Artless Capital

10 Reasons Why you Should Visit Gilgit Baltistan Once?